The Difference Between Organic and GMO Foods 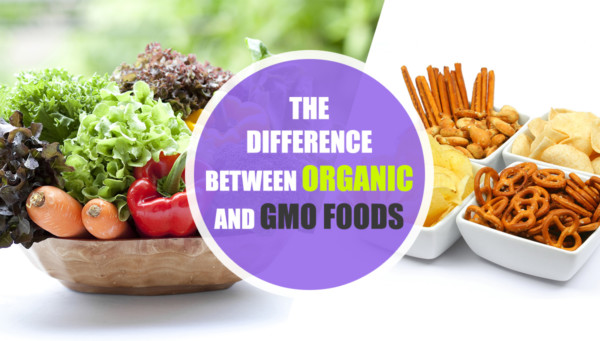 The Difference Between Organic and GMO Foods

One of the biggest hot topics of our time is the question of whether or not organic food is inherently better or healthier than genetically modified food (GMO). With more people seeking healthier lifestyles, having a solid diet is one of the key ingredients of maintaining such a lifestyle. However, few people are aware of what actually constitutes as organic and genetically modified food.

At Rai Chiropractic, we want to ensure that you and your family are knowledgeable about how to live healthy and happy. So let’s go over some basic questions, such as: what is organic food and does it provide any specific benefits for you and your family? And is genetically modified food something to be concerned about?

What Does “Organic” Mean?

For starters, the term “organic” simply refers to the method in which agricultural products are grown and processed. Organic standards of food production are designed in a way that minimizes the amount of chemicals and pesticides used in their ingredients. For example, animals raised for the purpose of food or dairy production would not be provided any growth hormones or antibiotics. Another example would be how crops are grown. Organically grown crops are not treated with sludge-based fertilizer or synthetic pesticides. Organic crops are also not genetically engineered or provided artificial preservatives.

Due to the lack of artificial and synthetic ingredients, many report being able to fully “taste” and enjoy the food more. Organic food is brought about the old fashion way and aims to be as fresh and as natural as possible. On the other hand, genetically modified organisms, or GMOs differ greatly than their organic counterparts.

What Does GMO Mean?

GMOs are a result of a laboratory process in which genes are extracted from bacteria, viruses, insects, plants, animals and even humans, and are artificially combined with the genes of an unrelated plant or animal. This process is called “genetic engineering” or “genetic modification.” The resulting “transgenic organisms” can be found in a majority of processed foods in North America. This is one of several reasons why a majority of the European Union and many South American countries have banned the use of GMOs – doesn’t it make you wonder why North American hasn’t done the same?
Although there have been strides to improve nutritional benefits from genetic engineering, there has been no concrete evidence for any health benefits. Rather, GMOs have been connected to allergic reactions as well as sick, sterile and dead livestock. Lab animals tests have also shown that GMOs damage organs and overall health.

If anything, GMO foods are only an economic “benefit”. They are easier to mass produce and more cost-efficient. For instance, genetically modified plants have been able to sustain herbicide tolerance and the ability to produce an inherent pesticide. This sounds like a money-saver for companies and a time-saver for farmers, but this ultimately means that the plant is toxic. The FDA also does not require labeling of GMOs in food ingredients lists, so you need to research to know where your food is coming from.

Unfortunately, mainstream media and large companies have a significant influence on how society views food production. They don’t tend to prioritize their audience’s health, so it is up to you do your research. We’ve provided a quick snippet of what organic and GMO foods are, but there is much more to learn. Research for yourself, your partner and especially your children. Food shouldn’t be genetically engineered. Your body needs the best to work the best.
For more GMO resources and how to live a naturally healthier lifestyle, please contact us at 604-371-4320.

Hear What Our Patients Are Saying.